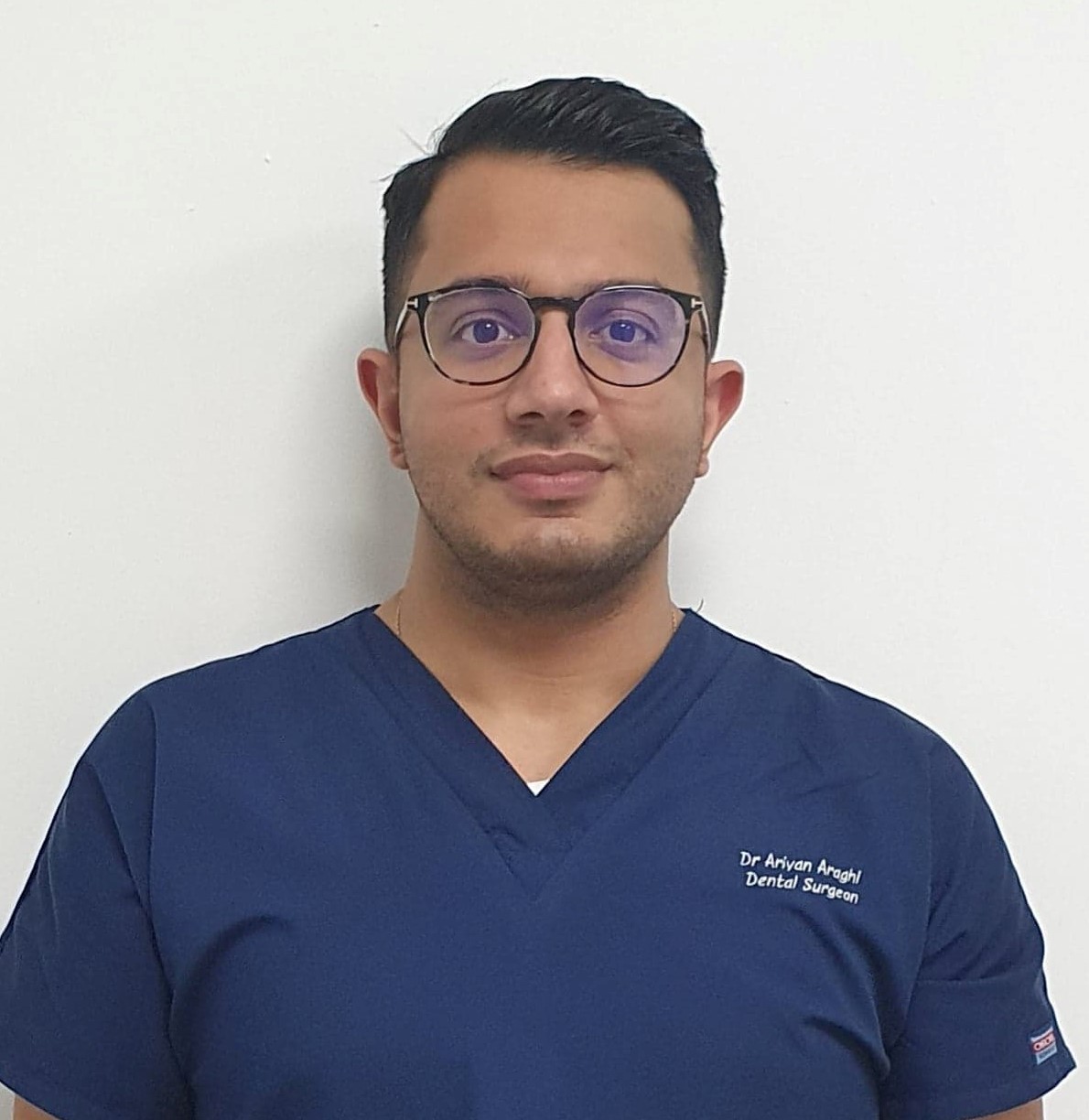 Ariyan graduated from The University Of Manchester in 2017 where he was president of the student body and society. He completed his foundation training in Cheshire and decided to embark on further hospital based training. In 2019 Ariyan gained membership to the Royal College of Surgeons Dental Faculty in Edinburgh. Ariyan has also co-authored two articles which were published on the British Dental Journal.

Most recently he has completed two years as a senior house officer in Oral & Maxillofacial Surgery, where he was able to further his Minor Oral Surgery, Surgical and Restorative skills. During his time at this department he would often see complex cases referred from general practice. Ariyan has an excellent knowledge of managing patients with complex medical histories, dental anxiety and dental phobia. He has a caring, empathic and holistic approach to treating his patients. He will also be able to treat patients under IV sedation.

Ariyan is currently studying for an MSc in Restorative Dentistry with the University Of Edinburgh. This course will also further his knowledge and allow him to treat complex cases. Alongside this he is also doing a postgraduate teaching qualification with UCLAN.

The majority of his academic output and research to date surrounds the oral cancer patient and their multidisciplinary reconstruction, this is an area that Ariyan has developed a keen interest in, he is aiming to pursue a specialist career in this subject area.

In his spare time, he enjoys mountain biking and has a keen interest in performance motorsports. He enjoys cooking and experimenting with foods from around the world as a relaxation method. Ariyan looks forward to the summer months where he travels to unwind and reflect on the busy yearly activities.